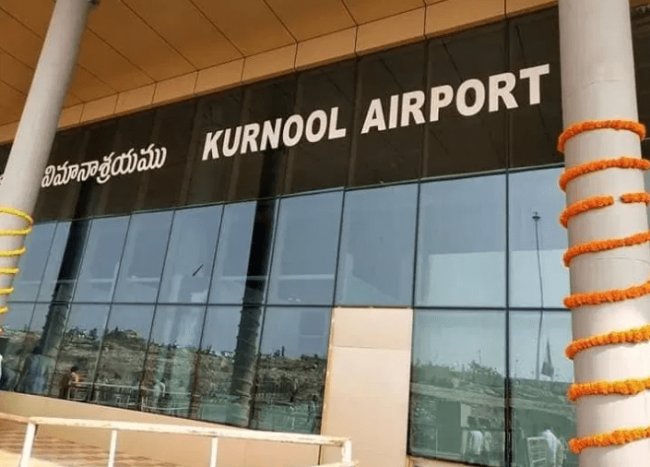 The Uyyalawada Narasimha Reddy Airport at Orvakal, Kurnool was inaugurated by CM YS Jagan today. It is situated on NH 40, around 18 km from Kurnool city. Indigo is operating direct flights from Kurnool to Bengaluru, Chennai and Vishakapatnam airports. The first flight is scheduled to land at the airport at 10 AM on March 28.

The airport was approved in 2016, and the foundation stone was laid in 2017. It spreads around 640 acres. The airport is 100% owned by government of AP, and is owned and operated by APADCL (Andhra Pradesh Airports Development Corporation).

The airport has been named after Uyyalawada Narasimha Reddy, a renowned freedom fighter from Kurnool district, who leaded a rebellion against the British in 1847 . He headed a group of 5,000 peasants against the East India Company in the then Kurnool district, protesting changes that were targeted at exploiting lower-status cultivators by depleting their crops. Mr. Narasimha Reddy killed over 3,000 people during the course of the revolt. His highly inspiring story can be read on his Wikipedia page.

Megastar Chiranjeevi has thanked Jagan for choosing a patriotic name for the airport.

A pilot training and aircraft repair centre may also be in the pipeline at Orvakal, as per Industrial minister Mr. M. Goutham Reddy. Mr. Reddy also said that it would give a flip to industrial development in the region.

Ganta climbs down after Chandrababu’s call