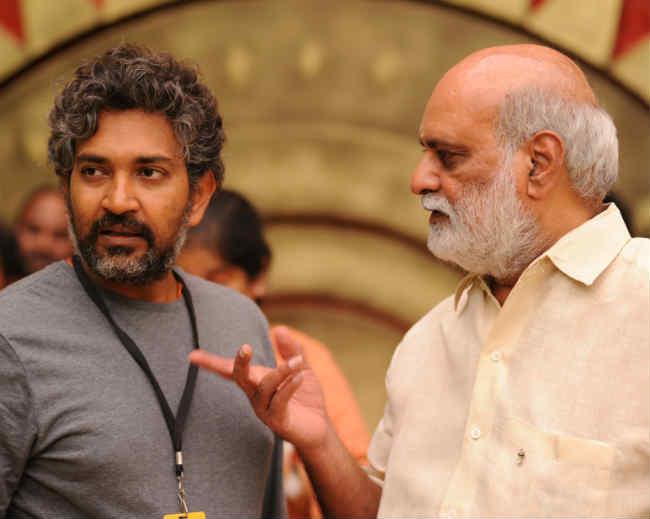 MM Keeravani .. No special introduction are required about this name. MM Keeravani, the music director of Tollywood, has been a top music director, delivering a number of exciting and emotional songs to Telugu audiences. His first film was Manasu Mamata, produced by Ramoji Rao. He later worked for People’s Counter, Amma and Ashwini. The moment in the direction of Ram Gopal Varma gave him a good break.

It is noteworthy that most of the films that were later directed by Raghavendra Rao were composed mostly by Keeravani.

Especially in the direction of Raghavendra Rao, Gharanamogudu gave the image of Keeravani. All his successive films have been super hits, both musical and commercial.Raghavendra Rao and Keeravani combination is Bumper Hit .

He has also Directed Music for Rajamouli. Most of the Rajamouli Films Music Directed by MM Keeravani.

If Raghavendra Rao is good at growing the plant in his back yard and turning it into a great tree .. Rajamouli can plant the seed and claim it can be planted. However, aside from the plant and vegetation .. Keeravani is well aware of their personalities, directional style and passion for music. That is why he has been traveling with them for decades.