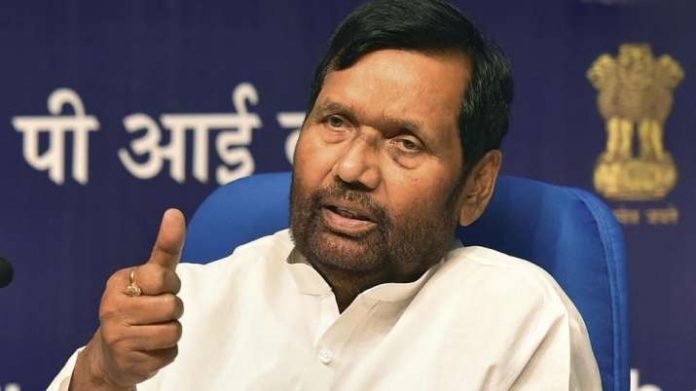 In a virtual media briefing, Union Minister Paswan informed about the steps taken by the government for providing additional food grains to the states. He reiterated Prime Minister Narendra Modi’s commitment to ensure that poor and needy people will not go hungry in the country and that free ration will be provided to them during the rainy and forthcoming festival seasons amid the current COVID-19 pandemic.

The Minister said that in the span of next five months, a total of 200 Lakh Metric Tonnes of grain and nine lakh 78 thousand Metric Tonnes of Chana will be distributed among the National Food Security Act beneficiaries. He informed that both the phases of the PM Garib Kalyan Anna Yojana will together incur a total expenditure of one lakh 50 thousand crore rupees.

Union Minister Paswan informed that he has also written letters to the Chief Ministers of all the States and Union Territories and has requested them to make necessary arrangements to implement the One Nation, One Ration Card Scheme.

Fair & Lovely To Be Renamed